Chelsea Clinton not the Wedding of the Century

Chelsea Clinton is no longer the Raggedy Ann child we saw growing up. With her hair up and wearing a Vera Wang gown she has blossomed into a woman.

The interfaith marriage ceremony at Astor Courts in Rhinebeck New York featured both a Methodist minister for the bride, Clinton and a Jewish rabbi for Mezvinzky, the hedgefund investment banker groom.

The lavish wedding that in the mainstream media was ridiculously hyped as the Wedding of the Century was reported to have set back former President Bill Clinton a cool $3 million dollars. Pocket change for Bubba.

The Mezvinzky-Clinton wedding will never be mistaken for the Royal Marriage of Prince Charles and Lady Diana. Hope this one has a better ending though.

” Today, we watched with great pride and overwhelming emotion as Chelsea and Marc wed in a beautiful ceremony at Astor Courts, surrounded by family and their close friends. 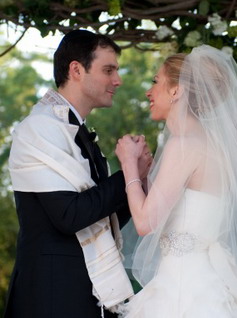 We could not have asked for a more perfect day to celebrate the beginning of their life together.” – Bill and Hillary Clinton