Mercedes Benz and the F-CELL Invisible Car want to know how to promote the most innovative drive technology in the World.

German automobile engineering. Mercedes-Benz: the best or nothing.

This was total domination by Deutschland. Germany just absolutely crushed a previously considered strong team. It was Men against Boys on this day.

Europe is soaring in this World Cup. South America is crumbling. What an embarrassment for the overrated Messi and Argentina.

The only ball boy here is Maradona.

The German blitzkrieg rolls on to the semifinals. Argentina flies home in disgrace.

Bastian Schweinsteiger was the man of the match. It was a true team win with lots of unselfish passing. Miroslav Klose had 2 goals in this game and now 14 total in World Cup matches. 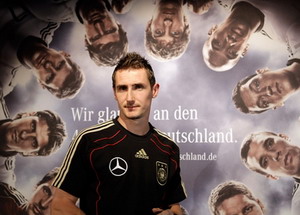 Germany towered over Argentina literally, physically, skillfully – in all ways.

Congratulations Germany [Deutschland] I can see you in the Finals versus Holland. Well played.